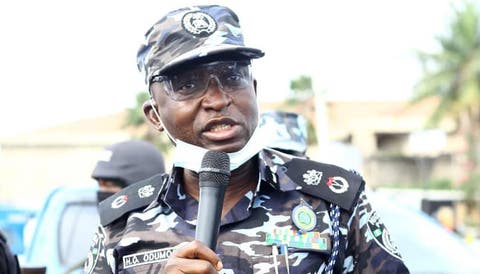 All is not well yet at Otto and Itumara in Ebute-Meta, Lagos State as two four-year-old children, Lukman Badamosi, and Rosemary Onyema, disappeared, reportedly bringing the number of missing kids in the community to nine in one year.

Badamosi allegedly went missing on August 4, while returning from an Arabic class and Rosemary was playing around the passage of her parents’ rented apartment on Church Street, when she was abducted around 6.30pm on August 19.

This is just as residents met with the police at Area C Police Command, Iponri, covering the area to find an end to the menace.

Our correspondent had reported on June 6 that five kids had been allegedly abducted in the neighbourhood since the first case was recorded on June 19, 2019.

“The parents of Lukman (Badamosi) are from the North and are not willing to speak on the incident. They described it as the will of God,” Agbodemu said.

Our correspondent learnt that Rosemary’s mother had left her at the passage while she went inside to attend to some chores. She reportedly returned 30 minutes after but could not find the little girl.

After a search around the vicinity proved abortive, the case was reported at the Iponri Police Station.

Rosemary’s father, Ibina Onyeama, told our correspondent on Thursday that his daughter’s abductor might have capitalised on the closeness of their house to the road.

He said, “She was with her mother at the passage that day. Around 6pm, her mum went inside but when she returned 30 minutes later, she could not find her. Our house is along the road so the passage is close by. We searched everywhere but could not find her. We reported the case at the Iponri, Alakara police stations and went to the police headquarters in Ikeja. We have not heard anything about her whereabouts.”à

Agbodemu said Essien urged the community leaders and residents to work with the police in order to bring an end to the security challenges in the area.

The Police Public Relations Officer in the state, SP Bala Elkana, who confirmed that Badamosi was missing, said police were making efforts to find him.

He said, “A case of missing child was reported. The mother said she took the child for a lesson and left him to come back home with other children. While they were returning home that day, the child was missing among the kids.

“We have commenced investigation into the circumstances surrounding his disappearance and declared him missing so that people can give us information.  We are making efforts to find him and reunite him with the family.”