Happening about 18 days after promising to be back at his desk at the Presidential Villa, the death of Malam Abba Kyari, the Chief of Staff to the President, Major General Muhammadu Buhari (retd.), came as a shock to many Nigerians.

Kyari had tested positive for COVID-19 on March 23, after returning from a trip to Germany where he met with officials of Siemens in Munich on the Nigerian electricity expansion programme. Subsequently, he submitted himself for testing and was informed of his status.

Against public expectations and the protocol on coronavirus treatment issued by the Nigeria Centre for Disease Control, the presidential aide elected to seek treatment at an undisclosed private hospital in Lagos. He justified his decision in a statement, saying he did not want to burden the public health system.

He had stated, “I have made my own care arrangements to avoid further burdening the public health system, which faces so much pressure. Like many others that will test also positive, I have not experienced high fever or other symptoms associated with this new virus and have been working from home. I hope to be back at my desk very soon.”

That was the last time Nigerians heard from the COS who was regarded as the force behind the Muhammadu Buhari regime. Attempts by journalists to get further information on Kyari’s whereabouts in Lagos had met with brick walls with officials keeping sealed lips. When probed, the Lagos State Commissioner for Health, Prof. Akin Abayomi, said he did not know the patient’s location.

“I’m not aware of the Chief of Staff’s itinerary, so I don’t know where he is, we chat on WhatsApp but I cannot tell where he is from our chat. We are exchanging information but I haven’t asked him for his location,” he claimed.

Maintaining the same conspiracy of silence, the Minister of Health, Dr Osagie Ehanire, claimed he had no information on Kyari’s location in Lagos. Responding to a question during the Presidential task force briefing in Abuja, he said Kyari’s location was not important, adding that the chief of staff had a right to privacy.

Ehanire said, “I want to repeat that every person, including each of you here, has a right to privacy. Each of you has the right to tell anyone whether you have been screened or whether you have tested negative or positive and that right is also granted to those who are in public office or VIPs.”

In what could be described as an act of hypocrisy, the government a few days ago, warned that it would shut down any private hospitals and other health facilities that treated COVID-19 patients “without authorisation.” 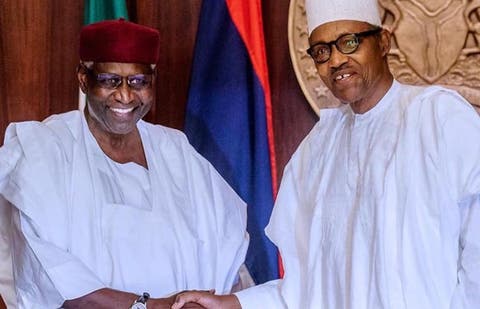 Ehanire while handing down the warning failed to tell the nation whether the hospital which treated Kyari got authorisation.

However, the secrecy surrounding Kyari’s treatment is in sharp contrast to the transparency in other countries with regard to the hospitalisation of prominent citizens and top officials for coronavirus.

On April 5, British Prime Minister, Boris Johnson, was taken to a hospital for treatment, 10 days after he tested positive for coronavirus. Johnson, 55, announced he had mild symptoms of COVID-19 on March 27 and had been in self-isolation at his Downing Street residence for seven days.

One week later, the PM, who was the most high-profile world leader to contract the virus, was discharged from St Thomas’ hospital in South London. His whereabouts were not hidden like a bad secret.

Prince Charles, the heir to the British throne, also tested positive for the virus and was isolated at his home in Scotland, Buckingham Palace on March 25.

In Australia, Home Minister, Peter Dutton, tested positive for the virus and was admitted to a public hospital in accordance with directives from health officials.

Senator Rand Paul, Republican of Kentucky, was the first senator in the United States to test positive. Paul and six other members of Congress who contracted the disease quarantined themselves at home. Their locations were not treated like classified information.

Another unfortunate chapter in the Kyari saga is the disregard for social distancing by the prominent citizens that attended his burial at Gudu cemetery in Abuja on Saturday. Most attendees at the burial, though wearing face masks, stood less than two metres apart.

A viral video also showed an unidentified man who participated in the burial discarding his personal protection equipment right outside the cemetery grounds. He could be seen wiping his hands on a vehicle and touching himself after abandoning the PPE.

The consequences of this thoughtlessness may be felt sooner than later.

However, the Federal Capital Territory Administration said it had been properly disposed.