A 68-year-old New Jersey man almost missed out on becoming a millionaire after he bought a lottery ticket then forgot about it, unaware that he had the winning number.

Jimmie Smith, a retired security officer, bought the lottery ticket in May 2016 then left it in the pocket of an old shirt hanging in his closet. For one whole year after the winner of the lottery ws announced, Jimmie had no idea he had $24 million sitting in his closet. The New York Lottery kept announcing the winning numbers and for the lucky winner to come claim it but Jimmie had no idea he was the one. 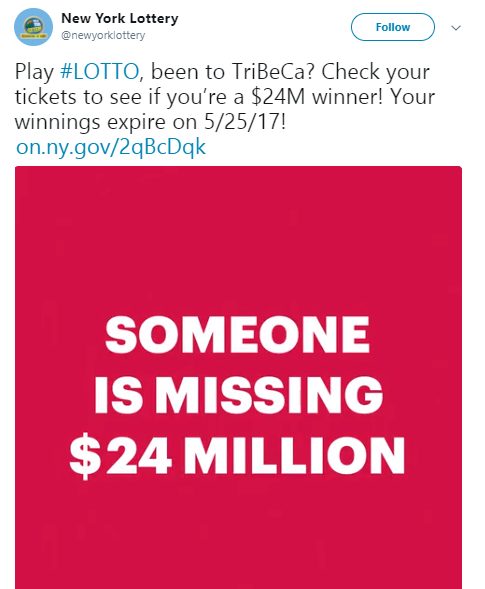 Just two days before the one-year deadline expired Jimmie saw a news segment that alerted him to the Lottery’s efforts in finding a missing Lotto player. Jimmie, who is a father of two and a grandfather of 12, decided to go in search of his ticket and was shocked to find that he was the winner.

He said: “I ended up with a stack; a pile of tickets, including the one they were talking about on the news. I stood there for a minute thinking, ‘Do I see what I think I see?’ I had to stick my head out of the window and breathe in some fresh air. I was in serious doubt. I really had to convince myself this was real.”

He said: “I always told myself, ‘I’ll check them when I have time.'”

Jimmie Smith has claimed his ticket and will receive his $24,100,000 prize in payments over 26 years.