Sometimes we are limited by adversities life throw at us. But there are those who rise above these seemingly insurmountable adversities, rewrite their own stories, and also inspire others.

This was the singular aim of Union Bank’s #Unstoppable competition: to tell victory stories and inspire others to greatness. After sponsoring Team Nigeria to the 2016 Summer Paralympics in Rio – where the team went on to break records despite several limitations – Union Bank decided to get every day Nigerians to tell their stories of how they surmounted adversities in their lives.

Okoro Emuejevoke: Despite being wheelchair bound for most of her life, Okoro has found a reason to smile and push harder each day. Speaking on the competition, Okoro said; 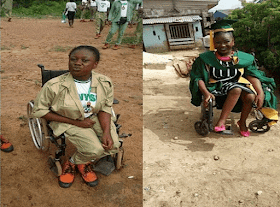 “I am excited! I like the platform. I’m very happy.”

“People will see life differently and I think more people will be encouraged. And people have been sending me messages and they are like ‘God! I was inspired. I was inspired.’ I think Union Bank has given a lot of people a new meaning.”

Uchendu Rebecca Chinyere: Uchendu’s story is in a way different from Okoro’s but it still reflects the #Unstoppable spirit and the strength to bounce back stronger. 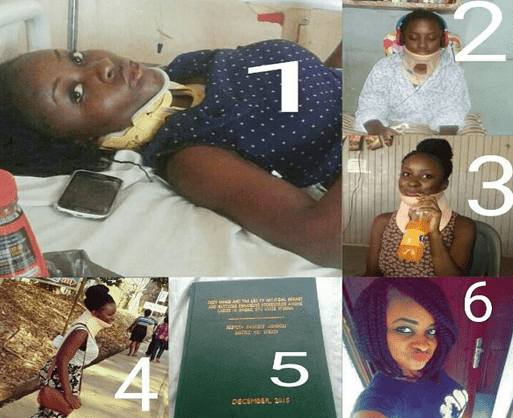 “It’s like I’m just waking up from a dream. It is really nice and I’m so excited about it,” says Uchendu, who graduated with a 5.0 CGPA despite a horrible accident that left her in a neck cast during her final year exam.

“I didn’t see my story as something that would go that far but along the line I saw that it touched a lot of people and people were able to see themselves being able to take paths that they might have thought impossible. And also see themselves as able to achieve whatever they want to achieve regardless of what live throws at them. It also motivated me to realize that: Okay, I was able to also inspire a lot of people to go and be the best of what they can do no matter what they go through.”

Adebayo Nafisat Oluwatoyin: Adebayo’s story is as humbling as it is inspiring. Without any sort of financial help from anyone, Adebayo knew that she had to work hard to help her poor mother, her younger sibling and also put herself through school. And so the recent graduate of Accounting started selling noodles and egg during the long vacation to make ends meet. 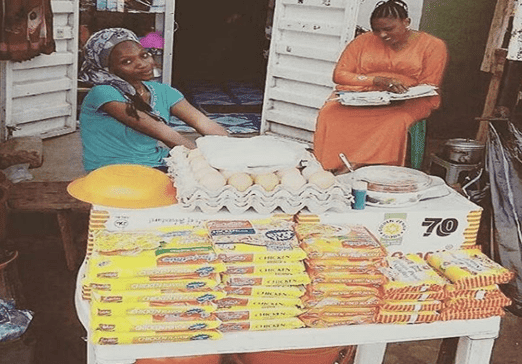 “I actually feel very grateful,” Adebayo says of her recent winning in the #Unstoppable competition.

“I was able to inspire lot of peopleand touch some people’s heart. I’ve actually changed some people’s story too. There are people like me who are financially down but with my story they can start something.”

Ayodeji Osowobi: While Ayodeji’s story is shocking, it is also an example of triumph amidst difficulties. Building on a horrible experience, Ayo founded Stand to End Rape Initiative (STER), a youth-focused Non-Governmental Organisation that supports rape victims and continues to work in order to change the community’s perception towards sexual violence and abuse. 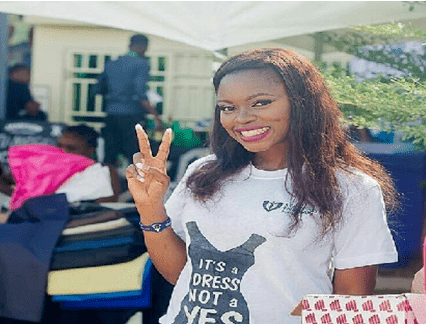 A rape victim herself, Ayo has become a champion of other rape survivors.

Alao Ifelomo Andrew: Alao, another winner in the #Unstoppable competition, is a community leader who uses football to inspire and guide young people – even at a personal loss. 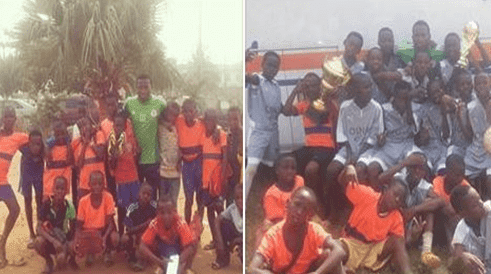 “My story will definitely serve as a source of encouragement that nothing can stop you from achieving successful it only warrants determination and courage to become unstoppable.”

That, essentially, is the spirit of #Unstoppable – the determination to overcome above adversities, to step up and take their destiny in their own hands.