Yahaya Bello, governor of Kogi state, knelt before Bola Tinubu, former governor of Lagos, at the International Conference Centre, Abuja venue of the launching of a book on Buhari. 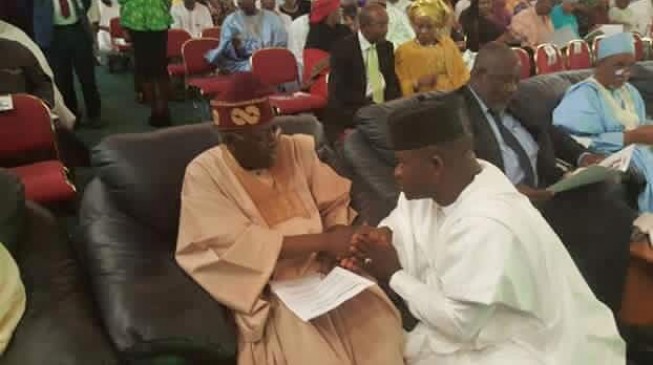 Both men were guests at the launch of ‘Muhammadu Buhari, the Challenges of Leadership in Nigeria’, a book authored by John Paden, a professor.

The book chronicled the struggles, and the career of the president until May, 29, 2016, when he assumed office as a democratic leader.

Bello had earlier exchanged pleasantries with Jagaban as he is known in political circles.‎ 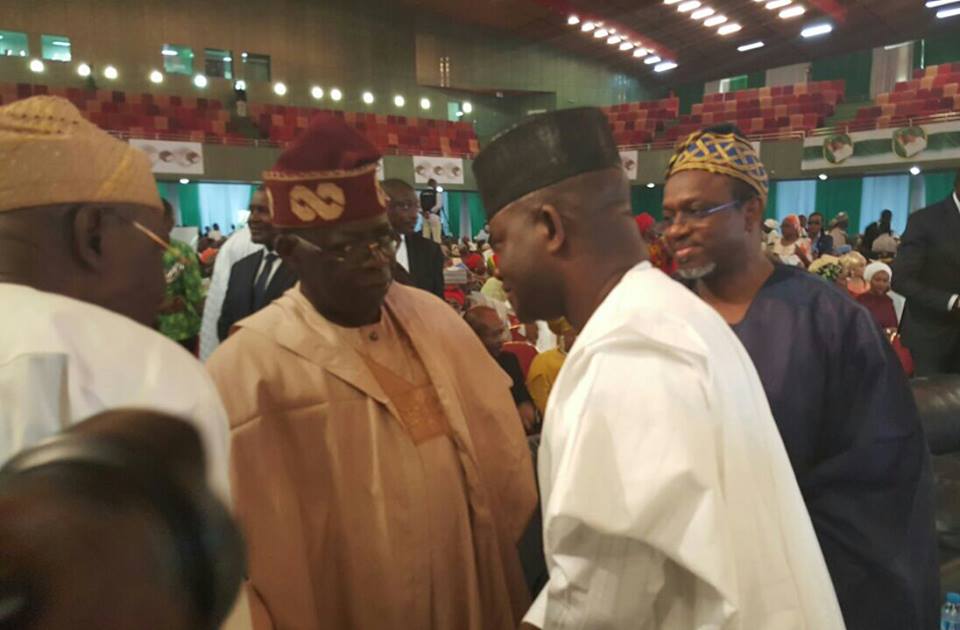 The governor later approached Tinubu, who was going through a paper.

The APC chieftain stretched his right hand to the governor, and Bello used both hands to hold Tinubu, looking straight into his eyes.

James Faleke, one of the loyalists of Tinubu, was involved in a legal battle with Bello over the governorship of the state.

The supreme court eventually upheld Bello’s election, dismissing the petition of Faleke, who was running mate to the late Abubakar Bello in the November governorship election.