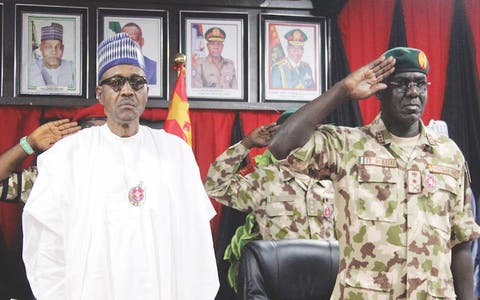 Beyond the lame excuses, the alleged security threat to Abuja must be taken seriously. Louis Achi writesAn internal memo dated September 4, 2020, issued by the Comptroller Enforcement of the Nigerian Customs Service, H.A. Sabo, allegedly on behalf of the Deputy Comptroller General Enforcement, Investigation, and Inspection, stated that the Boko Haram terrorist group has established camps in and around Abuja, the FCT. Clearly, these could not have been tourism camps.

A copy of the intelligence report sighted by THISDAY read: “Further reports have it that they are planning to attack some select targets within the territory.

Flowing from this security threat alert, all security agencies in the country have been reportedly ordered to be alert and security-conscious at all times while many residents of the capital city are on edge.

In something of a curious Trumpsque play-down of the security warning, the Senior Special Assistant to the President on Media, Garba Shehu, perhaps to stem public alarm and because NCS is not a core intelligence agency, reluctantly confirmed the scenario that was no longer a secret.

His words: “The Comptroller General of the Nigeria Customs Service, Col. Hamid Ali (Rtd) has confirmed that the intelligence arm of the agency made certain discoveries of security nature and in line with their duty to the nation, they have drawn the attention of security and intelligence agencies to what they found. He has, however, not authorised the issuance of any internal memo to his commands on the subject of their discovery.”

It could be recalled that the devastating September 11, 2001 terror attacks on the US scripted by the baleful Al Qaeda terror group, led by Osama Bin Laden represented an unimaginable strategic surprise, exposing American vulnerabilities. But there were intelligence warnings, met with very indifferent responses. 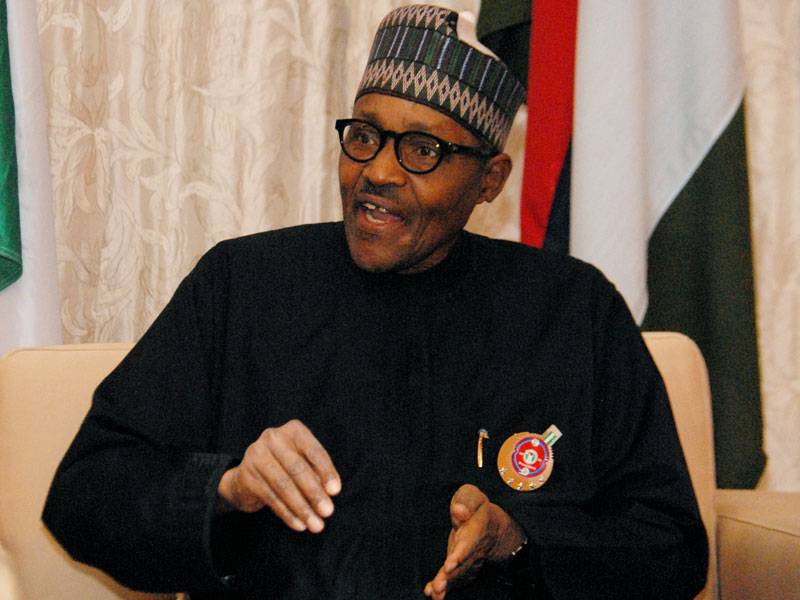 In July 2001, J. Cofer Black, CIA’s counterterrorism chief and George Tenet, CIA’s director, met with Condoleezza Rice, then National Security Advisor, to inform her about communications intercepts and other top-secret intelligence showing the increasing likelihood that al-Qaeda would soon attack the US.

Rice listened but was unconvinced, having other priorities on her mind. Secretary of Defence Donald Rumsfeld questioned the information suggesting it was a deception meant to gauge the U.S. response.

Almost a month later, on August 6, 2001, the President’s Daily Briefing (PDB), entitled “Bin Ladin Determined To Strike in US” warned that Osama bin Laden was planning to exploit his operatives’ access to the U.S. to mount a terrorist strike: “FBI information… indicates patterns of suspicious activity in this country, consistent with preparations for hijackings or other types of attack.”

Rice responded to the claims about the briefing in a statement before the 9/11 Commission stating the brief was “not prompted by any specific threat information” and “did not raise the possibility that terrorists might use airplanes as missiles.” The rest is history.

The problem of risk communication in the context of imperfect intelligence regarding a prospective, rather than actual, terrorist attack presents its peculiar challenges. This is especially so when the difficulty of offering tactical warning without a prior strategic analysis and the tendency to focus on the vulnerabilities of a society rather than the intent of the terrorists is the dominant thread.

Part of the challenges in conclusively rolling back and defeating the extant Boko Haram insurgency include lack of/or diminished intel-sharing between agencies, poor priority funding and provision of battlefield equipment, tepid responses to earlier attacks and a failure to grasp the magnitude of the terrorists’ ambitions.

With socio-economic pressure mounting on citizens, flowing from debatably quirky policy logic, any successful terror attacks targeting the federal capital territory would send the wrong signals to the international community and the implications can be best imagined. More, it certainly would not send the right signals to the domestic constituents either.

The terror group’s successful attacks on the Police headquarters and UN Building, both in Abuja, during the former President Goodluck Jonatha administration, are bloody incidents not easily forgotten.

The Boko Haram is an amalgam of actors including Islamic extremists, the angry and marginalised youth, who have been incited, mobilised and supported by some shadowy crisis entrepreneurs to destabilise the Nigerian polity. Its members are recruited locally and from neighbouring African countries including Benin, Chad, Niger, Sudan, Somalia and Mauritania.

The Responses of the Nigerian Defense and Intelligence Establishments to…

The Nigerian defense and intelligence establishments contend that the sect has links to international terrorist organisations such as Al-Qaeda in the Islamic Maghreb (AQIM), which operates principally in the Sahel region.

The group opposes the constitutional secularity of the Nigerian state, repudiates western education, democracy, and seeks to fight for its version of justice. The operational base and activities of Boko Haram have been in states in the Northeast geo-political zone. Its operations have been extended to other major northern cities and extending southwards.

The Defence Headquarters has confirmed the plot by the terrorists to unleash mayhem on Abuja. In a statement issued by the Defence Headquarters a few days after the NCS alert and signed by the Coordinator, Defence Media Operations, Major-General John Enenche, the apex security body reassured residents of the federal capital territory and contiguous states of their safety.

“The Armed Forces of Nigeria and other security agencies have been on red alert to combat crime and ensure effective surveillance of the Federal Capital Territory and other States of the country. This is imperative sequel to a purported memorandum from the Nigeria Customs Service warning its staff on a possible attack on the FCT.

For good measure it further assured “the general public that the offensives against the common enemies of this nation will not cease until normalcy is restored in all parts of the country. Hence, the general public is equally enjoined to remain vigilant and report any suspicious activity accordingly.”

The nation’s military and other security agencies have sustained a long, bruising but inconclusive war against the terror group. Although all the territories previously occupied by the terror group have been retaken, the Boko Haram still poses a dangerous threat to the security of the nation. Its latest threat to attack Abuja can only be taken tepidly at the nation’s peril.