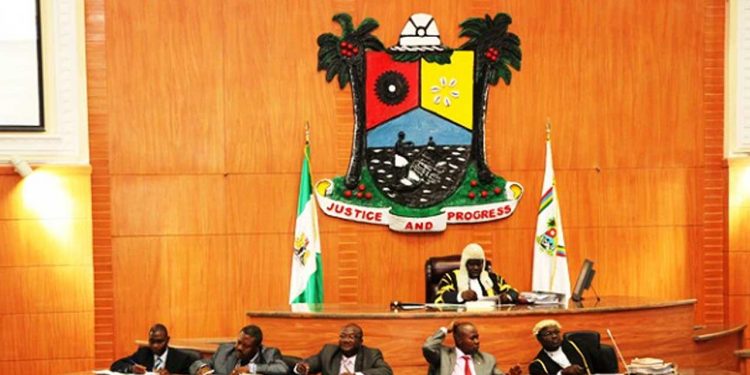 The three commissioner-nominees, who were not confirmed on Monday by the Lagos State House of Assembly, were victims of high-wire politics, it was learnt.

A party source said the Assembly could not resist the pressure to deny them clearance, owning to the weight of allegations against them.

According to the source, the politics of confirmation overwhelmed the Assembly, adding that “the matter was beyond the control of the lawmakers”.

“It is now evident that nominations and screening were not final. Post-screening hurdles may arise from familiar and strange quarters,” the source stressed.

The source, who sympathised with the dropped nominees, said the governor may still represent them, if they overcome their challenges.

Asked to shed light on what he described as “high-wire politics”, the source said: “I suspected that the outcry against them arose from their people; from their constituencies where leaders and critical stakeholders, who cannot be ignored, kicked.

“I don’t think it was due to poor performance at the screening, although we heard that a particular nominee did not measure up during the exercise and the House  Committee that screened them noted the non-display of competence.

“They were not confirmed because of politics of preference and rejection. The influence of powerful people, who didn’t want them, dwarfed those of their supporters in their respective constituencies. They did not play their cards well at home. It can happen because it is politics.”

But, the Speaker of the Assembly, Mudashiru Obasa, also said the governor was at liberty to represent them to the House.

The Assembly, however, at plenary, confirmed 35 of 38 persons Governor Babajide Sanwo-Olu nominated as commissioners and special advisers after the final screening by the whole House.

The nominees were cleared after the adoption of the recommendations of the ad hoc committee constituted by the lawmakers on the screening.

The committee’s report, which was read by the chairman of the ad-hoc committee, Chief Whip, Rotimi Abiru, recommended that the nominees be confirmed by the whole House, according to section 192 (2) of the 1999 Constitution as amended.