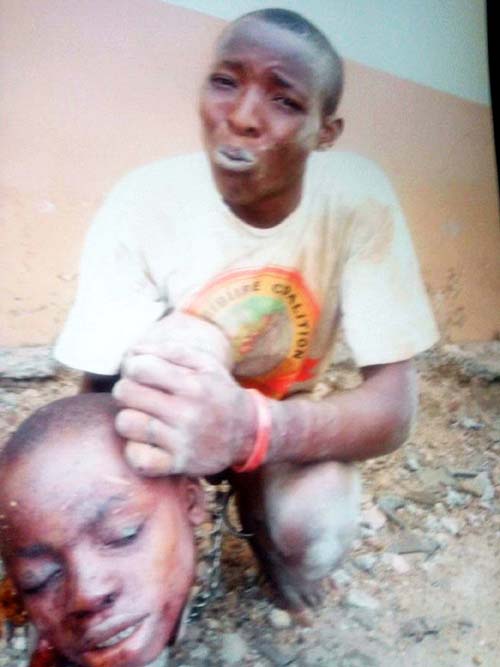 A man, Tosin Oluwatosin, has been arrested with a human head in Ifaki-Ekiti, Ido/Osi Local Government Area of Ekiti State.

Oluwatosin and his brother, David, who is at large, were accused of killing the victim.

The suspect was grilled by homicide detectives at the state police headquarters to explain the circumstances behind the murder of the 12-year-old victim.

Adeyemi said: “Yes, it is true. One of the suspects is on the run. The victim is about 12-year-old and we are still looking for the body.

“We are also on the brother’s trail. After investigation,, the suspects will be charged to court.”

He said the police would investigate if the brothers were involved in the recent spate of beheadings in the state.

The state witnessed three beheadings in one week as unknown persons beheaded a farmer in  Ayede-Itaji in Oye Local Government Area. A herdsman was also beheaded in Omu.