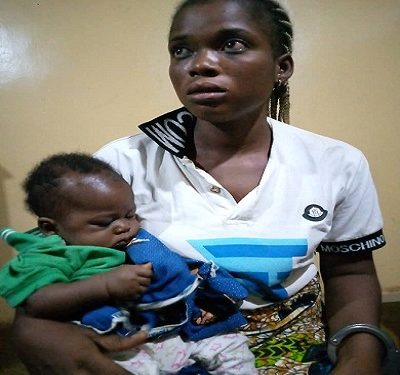 Nasarawa Police command said it has arrested one Mrs Sewuese Humba for allegedly stealing a four-month-old baby boy in Karu local government area of the state.

The Police public relations officer (PPRO), ASP Ramham Nansel stated in a statement at the weekend in Lafia.

He said the arrest of the suspect followed a complaint by the mother of the baby, Mrs Queen Moses, at a police station, alleging her child was taken away while sleeping.

According to the statement, the police trailed the suspect, who was arrested in Adikpo, Kwande local government area of Benue State while the baby was recovered from her and taken to a hospital for immediate examination.

He said the suspect would be charged to court upon the completion of the investigation.