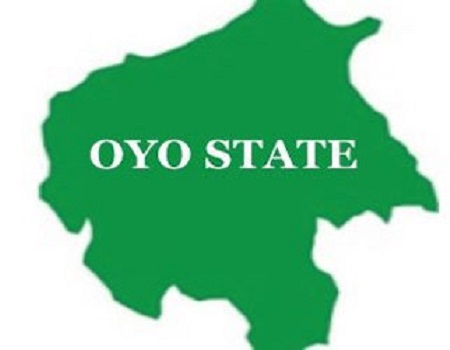 A total of 14,406 poorest of the poor households across 19 local government areas of Oyo State have been captured to receive N7,500 every month under the World Bank Youth Employment and Social Support Operation (YESSO).

State Coordinator, Oyo State Operation Coordinating Unit (SOCU), Mrs Olaide Lasisi made this known on Wednesday, in Ibadan, at a sensitization of Chairmen of local government areas in the Community Based Targeting Exercise of the YESSO programme.

Noting that the 14,406 households amounted to 58,435 individuals in its register of beneficiaries to collect N7,500, Lasisi said the state coordinating unit had also just identified another set of 14,594 households in the remaining 14 local government areas as potential beneficiaries.

Upon the cleaning of its new data of 14,594 households, Lasisi said disbursement will be accelerated across all 33 local government areas at once, because the YESSO programme is meant to end next year.

She advocated for the support of local government Chairmen in ensuring that target beneficiaries get their stipends as and when due so as to reduce poverty in the state.

She further hinted of plans to empower youths through various YESSO programmes like Public Workfare, Skills for Job and Targeted Grant Transfer.

Persons ranging from those between the ages of 18-35 years, those not educated or have less than JSS3 qualification are eligible beneficiaries in the various YESSO programmes.

“We have just finished the remaining 14 local government areas and the data is ongoing cleaning. Once we are done we will add that to the existing data under SOCU. All 33 will be taken at once and we are trying to accelerate disbursement because the programme will end in 2020,” Lasisi said.

Oyo Commissioner for Local Government and Chieftaincy Matters, Mr Bimbo Kolade, in his remarks, urged desk officers across local government areas and local council development areas to ensure that the target population get their stipends.

Kolade, who was represented by Director, Local Government Affairs, Mr Alade Bello, warned against selecting beneficiaries who were members of the All Progressives Congress (APC), adding that the disbursement was irrespective of party leaning.

He stressed that the aim of the programme to empower the poorest citizens across communities and reduce poverty will only be achieved if relevant officers across local government areas support SOCU in reaching out to the targeted beneficiaries.

In his own remarks, state Commissioner for Finance, Mr Bimbo Adekanmbi represented by the permanent secretary in the ministry, Mr Musa

Olawoye, harped on the importance of collaboration between SOCU, state and local government areas to be able achieve the YESSO objectives of reducing poverty and creating opportunities for the poor and vulnerable people.

Speaking on behalf of all local government Chairmen in the state, Mr Bosun Ajuwon of Ibadan North West Local Government Area, avowed their support for the programme, noting that it will go a long way to engender good quality of life in localities, especially that of thedowntrodden, poorest of the poor.