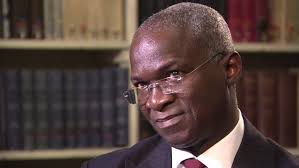 The Yoruba Youth Council, YYC, has frowned at the statement by the Minister of Power, Works and Housing, Babatunde Fashola, that President Muhammadu Buhari will return power to the region if they reelect him for a second term in 2019.

Fashola had while speaking at a special Town Hall Meeting on infrastructure organised by the Ministry of Information and Culture and the National Orientation Agency held in Ibadan, Oyo State on Thursday called on the people of the South West to support Buhari’s second term bidin order to regain power in 2013.

The YYC which is the umbrella body of the Yoruba Youths, described the Minister’s call as absurd, adding that President Buhari has not done well to warrant another shot at the presidency.

This was contained in a statement signed by its National President, Eric Oluwole, and made available to newsmen on Friday.

The youths insisted that President Buhari had no solution to any of the problems confronting Nigeria as a nation.

The statement added, “Our attention has been drawn to a vague promise by a former Governor of Lagos State and current Minister of Works, Power and Housing, Mr Babatunde Raji Fashola during the special town hall meeting organised by the Ministry of Information and Culture and the National Orientation Agency recently, advising Yorubas especially the youths to vote for the incumbent president Mr Muhammad Buhari in the 2019 election so as to enable power shift to the south west in 2023.

“We observe with consternation that Mr Fashola, who is a beneficiary of the social economic crisis which the ruling elite has plunged the Nigerian youths could start serving as an adviser at this critical period if our nation’s existence.

“Having been a beneficiary of Democratic rule since 1999, we will not forget the level of corruption perpetrated by the Minister when he was Governor of Lagos State as leaked by his predecessor, Governor Akinwunmi Ambode on assumption to office.

“Yoruba youths also remember with consternation, the statements credited to Mr Fashola that Nigeria’s power problems could be fixed in six months, three years of his reign has the minister in charge of power has not solved our perennial power problems.

“We want him and his likes who are feeding Nigerians with propaganda from the seat of power to know that the youths have learnt from history and will strive hard not to repeat the mistakes of the past in our resolve to revamp the economy of Nigeria.

“The same presidency Mr Fashola is promising Yoruba youth in 2023 is what the current Minister of Labour and Productivity, Chris Ngige promised the South Easterners. Another attempt to perpetrate the ethnic division of the country?

“We want to say expressly that nothing can stop our collective resolve to ensure the restructuring of Nigeria in order to find solutions to myriads of problems facing our country.

“We again call on Presidential candidates who are committed to the restructuring agenda to show commitment by signing an agreement document to ensure restructuring of Nigeria within six months of their assumption to office.

“Time has come to protect our future and the youths shall do all we can to decide the fate of the 2019 election without leaving a stone,” the statement said.